Based on the preliminary considerations regarding sensory motoric appealing spherical forms and colors that are cognitively easy to retain, the aim of the Visual Grammar is also to visually represent processes and possible combinations (Ballero, 2000, 2005). Initially, the grammatical processes were simulated with the help of atom- and chemical reaction-looking figures. However, due to potentially negative associations with a school subject, this initial idea was rejected.

Based on the realization that a glance at the stars always represents a snapshot that is no longer up to date, similar to the synchronous representation of language in grammars, a cosmic metaphor was chosen to illustrate our visual grammar. In addition, the initial stage of language can easily be equated with the origin of the universe: after a “dark age”, when the cosmos was populated by star groups with a short lifespan (like rudimentary sounds for mutual understanding), stars or concepts (N) emerged, and then situations (V) that interact with already existing concepts (N).

Over time, further star formations emerge in the vicinity of the two already fixed stars (N & V), whose relationships are illustrated by differently marked orbits depending on their affiliation and hierarchy.

While the syntax is represented by the constellation of the individual stars and the disposition  and color  of their orbit, semantics is symbolized by the inner life of the stars.

Thus, using a cosmic metaphor not only facilitates the visual implementation of a better and didactically more suited model of grammar description, but also —and finally— a dynamic language model which does not only represent its synchronous state, like previous standard works, but also allows the simulation of diachronic developments within a single language and also among different languages, in a contrastive manner. 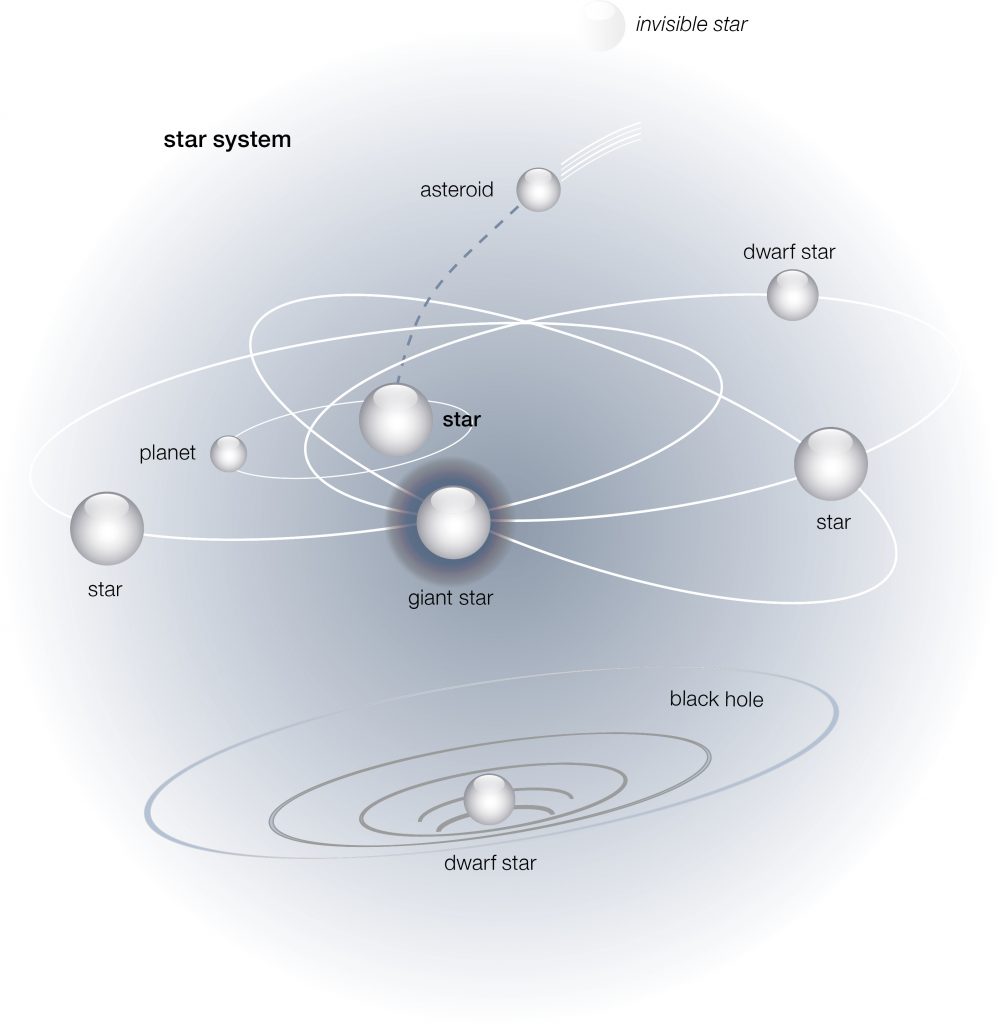