With the help of the Visual Grammar, different coding structures (cf. prenominal vs. postnominal adjective setting) can be shown not only from a language-contrastive point of view, as in the case of English blue eyes vs. Sp. ojos azules, but also deviations from the prototype pattern can be illustrated in a language. In the case of the Spanish sentence Él compró una (nueva) mesa (nueva) “He bought a new/new table”, only the position (prenominally “new” or postnominally/prototypically “new”) determines the meaning of the adjective. Due to the flexible orbit, both variants are within the range of linguistic possibilities. However, the prototype position is associated with the prototype meaning (“new”) and the variant deviating from the original coding scheme (“novel”) is perceived as semantically marked with a smaller semantic extension (“not only new, but also novel”). Prototypical positions do not require the recipient to interpret what has been said. Non-prototypical positions represent, on the contrary, a kind of marking of the statement. The recipient must therefore ask himself why the speaker emphasizes a certain part of the statement by deviating from conventional patterns. To do this, he must “open” the element in question and take a closer look at it in order to understand its meaning. Preceded by nueva, emphasizes that the table is really new, even novel: 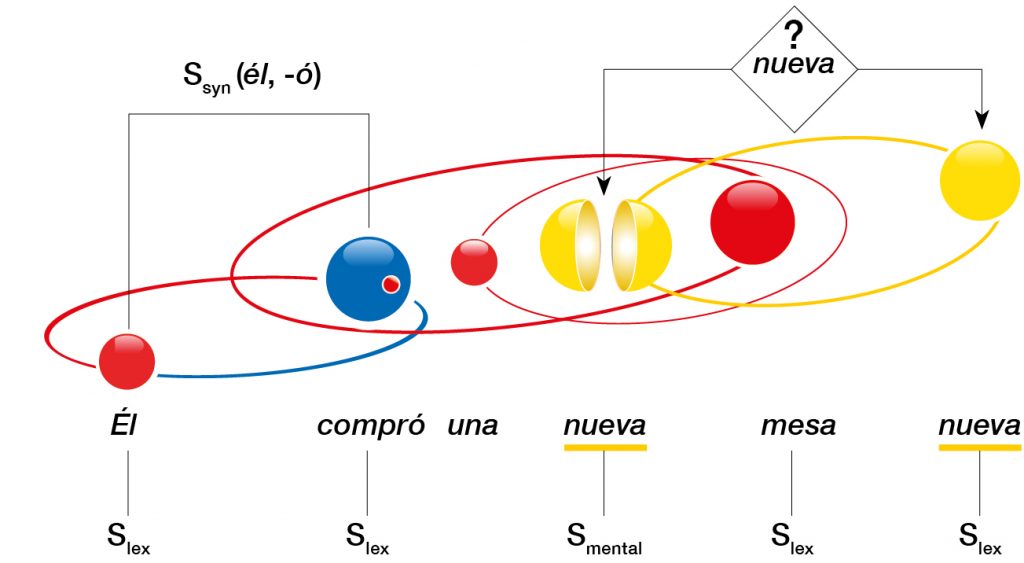 In order to better understand this process, the same phenomenon will be once more illustrated —this time in the field of grammar— with the help of a contrastive example.

The difference between indicative and subjunctive can be easily illustrated in English with the help of syntactic structures. While the indicative statement she has a boyfriend who does not smoke can be reproduced in the virtual grammar as follows:

…the representation of a wish like she would rather have a boyfriend who did not smoke, requires a more complex syntactic structure.

In Spanish, the subjunctive (subjunctive) is not marked externally, but internally in the verb itself. This has as a consequence that the difference is not visible at the syntactic level. The sentence“quizás llueve/llueva” (“perhaps it will rain”), meaning “I am convinced of it”, does not differ structurally from the interpretation “I don’t believe it though”. However, by placing the subjuntivo in the verb, the speaker marks that he has no control (Vesterinen & Bylund, 2013) over the statement. In this specific case (Fig. 32), the verb in subjuntivo expresses the lack of control over the weather. Thus, while a statement in the indicative mood (indicative) does not require any interpretation on the part of the recipient, a statement in the subjunctive mood (subjuntivo) contains additional semantic information in Spanish: 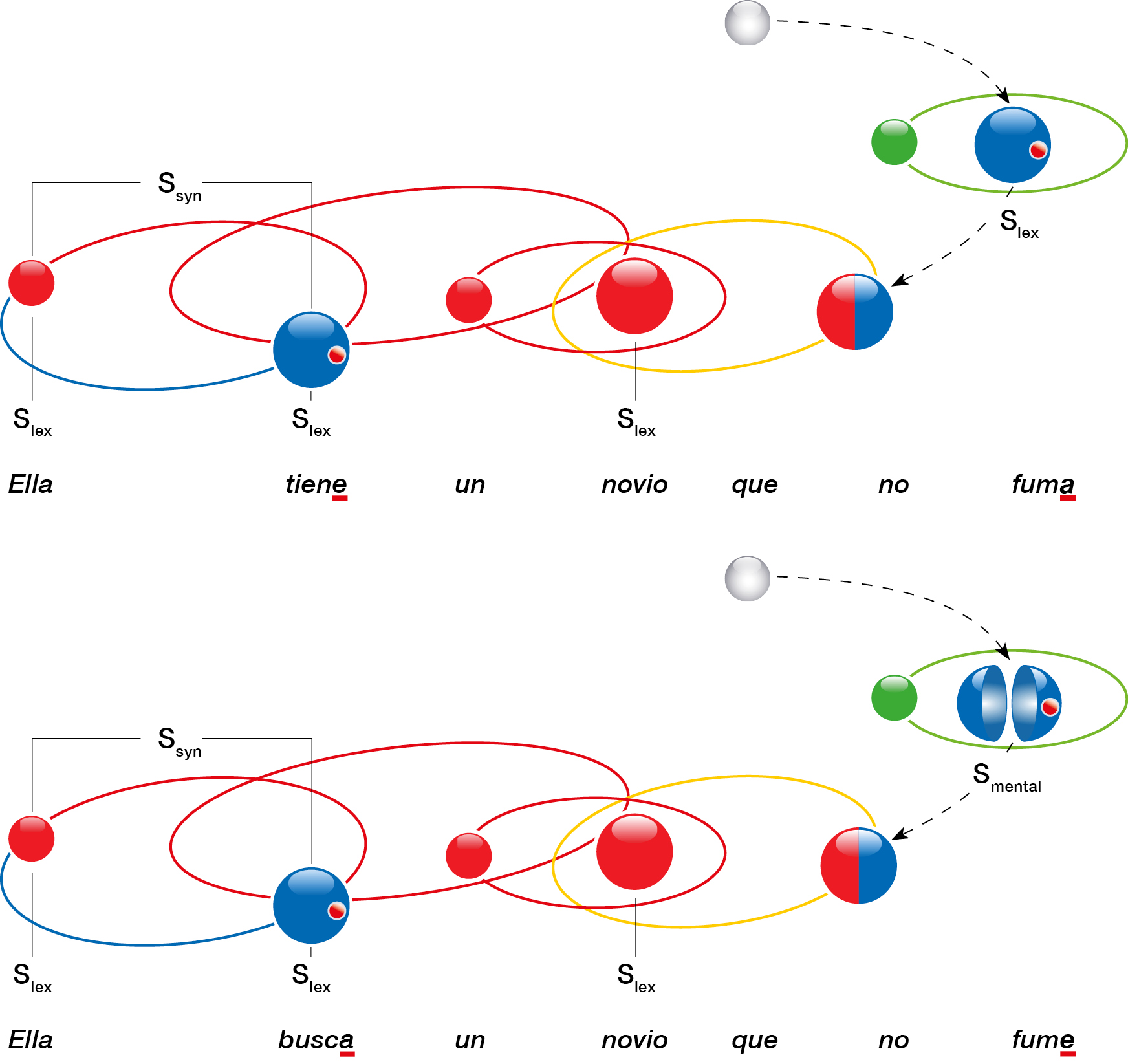 The recipient must therefore interpret the mark (sp.fuma vs.fume) as a mark of the speaker’s control or lack of control, respectively, over the realization of the statement in order to understand the difference.